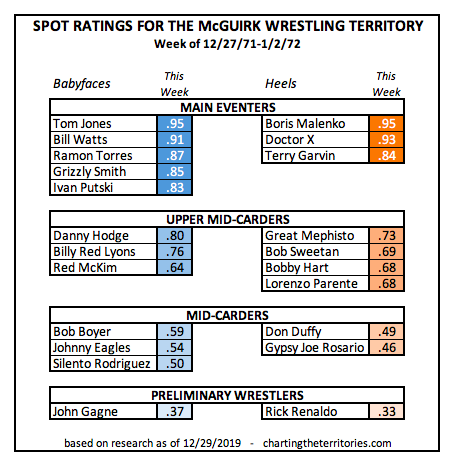 With many wrestlers taking a break over the holidays, some of the cards featured wrestlers from outside the territory. In Wichita Falls, the card featured mostly wrestlers from Amarillo. In Joplin, wrestlers from Central States were heavily featured. In addition, Dusty Rhodes worked a couple of shows this week in between stints in Japan (for IWE) and the AWA.

The FEUD Scores this week are lower than normal due to the small number of shows held over the holidays. Consider this week to be more of a preface/introduction to the territory; by next week the schedule picks back up and we can get a better look at who is feuding with whom.