- November 17, 2019
For the week ending November 21st, 1982: JYD morphs into Stagger Lee, Gino Hernandez comes in as a semi-regular, Matt Borne moves up the cards & more! 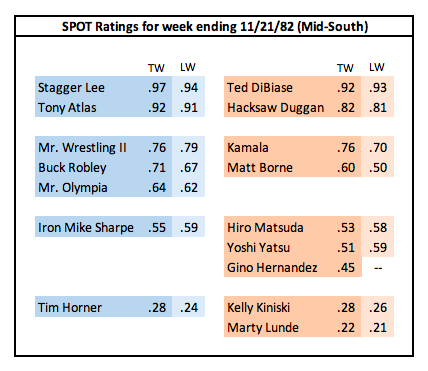 The promotion also ran Oklahoma City, OK on Sunday with a separate crew from the one that worked Loranger. Information on this show can be found on oklafan.com, wrestlingdata.com and Mark James' Mid-South/UWF Wrestling Record Book.