- March 08, 2021
Here’s a look at the 1st quarter of 1973 in Mid-Atlantic Championship Wrestling. We look at the talent roster, title histories, the big feuds in the territory, and a schedule of all known house shows.
I’d like to thank Dick Bourne and Mark Eastridge of the Mid-Atlantic Gateway for providing the bulk of the house show records I used to compile this data. The Gateway, which is updated regularly by David Chappell, is an invaluable resource. I strongly encourage you to visit (and bookmark!) it: http://www.midatlanticgateway.com
EDITORIAL NOTE: This was originally going to be released later in March, but with the passing of Jim Crockett Jr. March 3rd, I decided to move it up. Mid-Atlantic was an important part of my early wrestling fandom. As a teenager in New York, my first exposure to it was on a Spanish-language channel. I found myself drawn to it in a very different way than the WWF shows which dominated the New York area. Years later, my first experiences with looking up old wrestling cards on microfilm was in several different Mid-Atlantic towns, so the very genesis of what would eventually become Charting the Territories involved Mid-Atlantic. I will be making additional posts throughout the year that cover the rest of 1973.
Here’s a look at the talent roster using our exclusive SPOT Rating metric. The SPOT (Statistical Position Over Time) Rating measures a wrestler’s average position on the cards and provides a “depth chart” of sorts. SPOT is a number between 0 and 1 expressed as a two-digit decimal, with a 1.00 meaning the wrestlers was ALWAYS advertised in the main event of shows they were booked on.
If you're visiting this blog for the first time, you can find more details on the SPOT Rating at this link 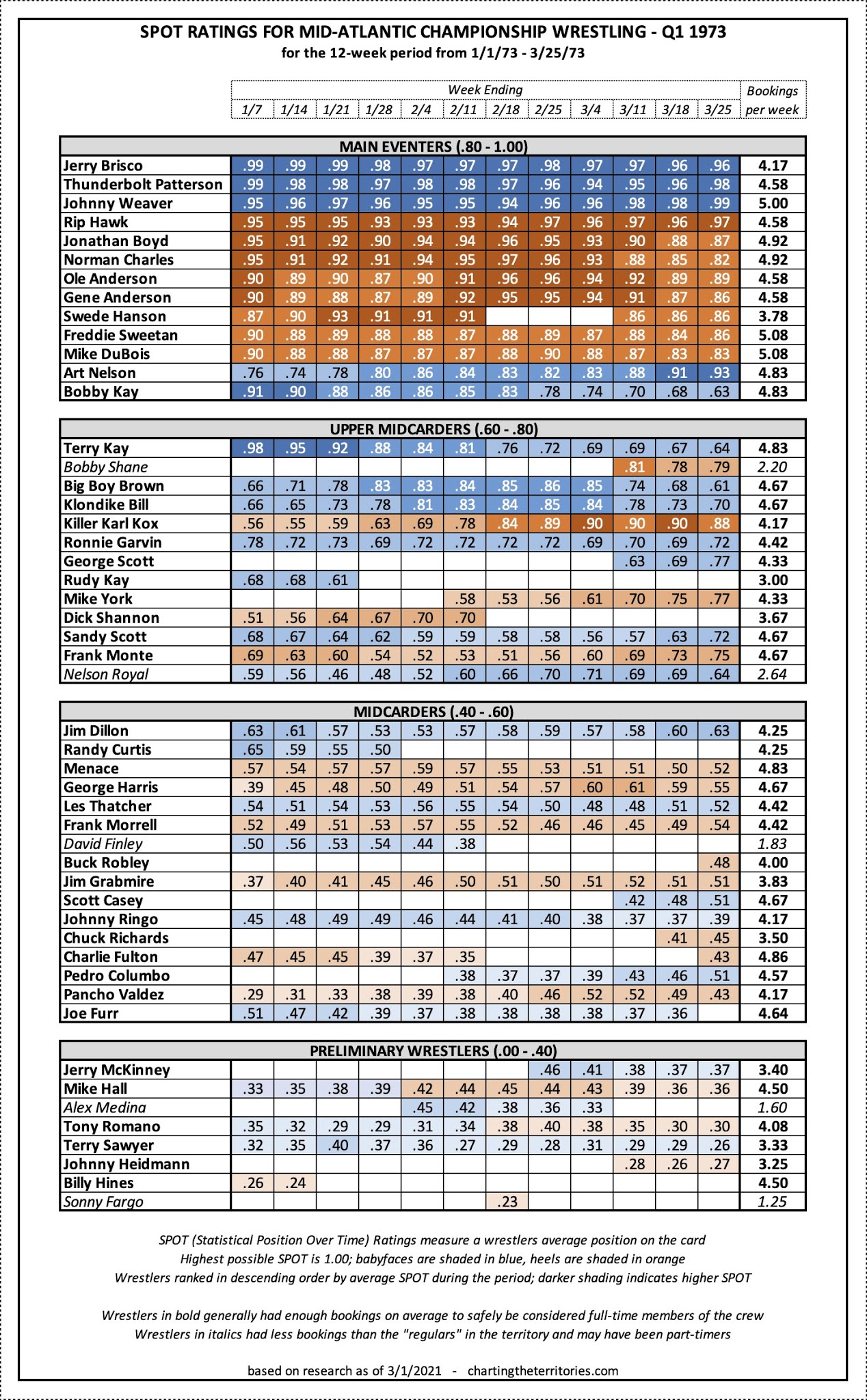 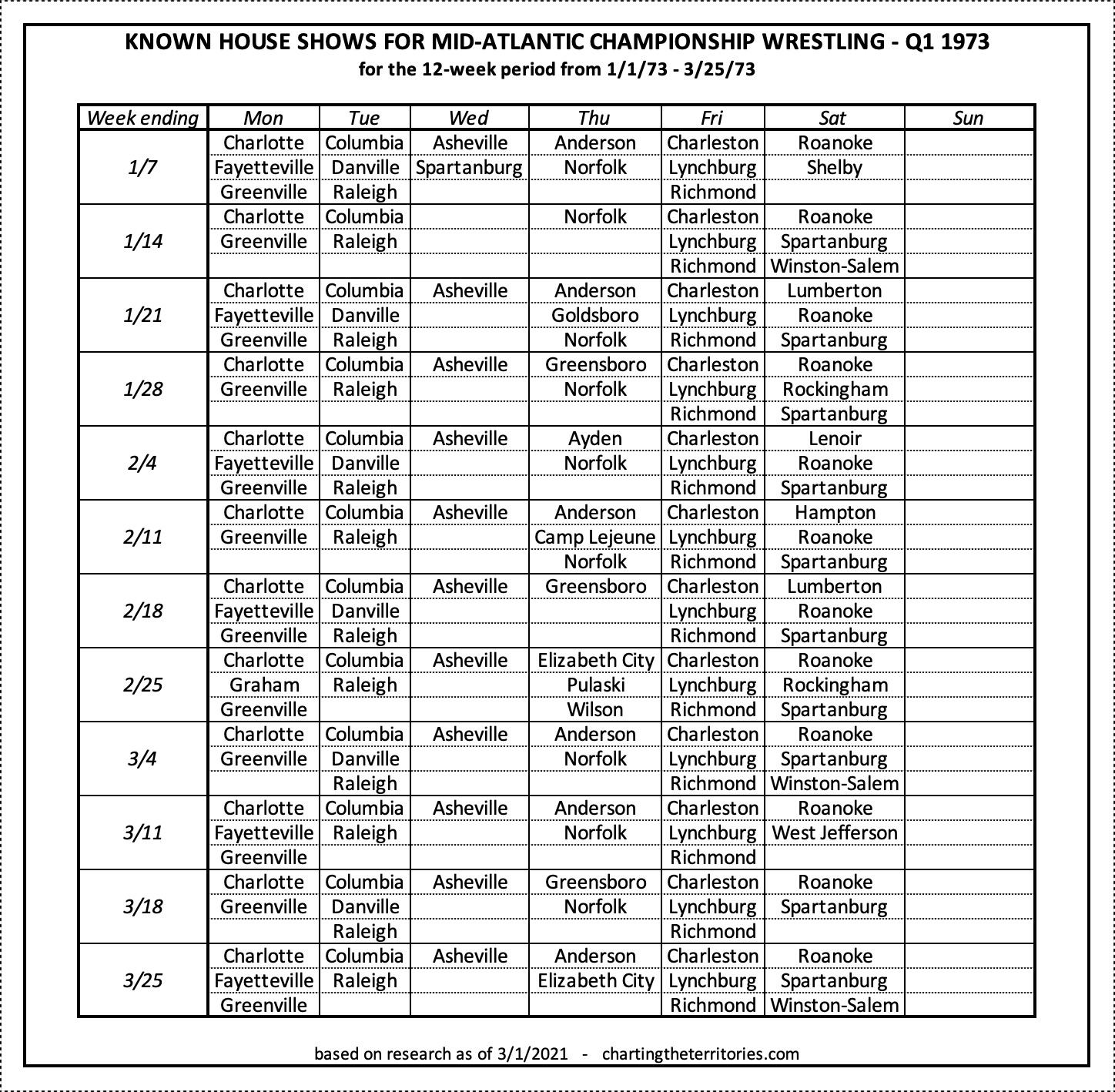 Match listings and results from many of these shows can be found in various places. In addition to the Mid-Atlantic Gateway, I recommend the following sites for wrestling results:
www.wrestlingdata.com
www.cagematch.net
https://sportsandwrestling.mywowbb.com/forum2/
1973 Mid-Atlantic