The ICW/AWA (Culkin/Mississippi) Wrestling Almanac contains quarterly charts listing the talent roster and their SPOT Ratings, which serve as a depth chart so you can see who the main eventers, mid-carders, etc. were. It also has charts listing the top feuds in the territory for each quarter using our FEUD Score statistic.

Additionally, it lists alternate ring names / aliases for many of the wrestlers.

The Almanac also contains a calendar of all known house shows in the territory (over 600) and the advertised lineups for each one.

There's a lot more, including a fascinating look at how they produced and distributed their weekly TV show and how the territory came to be.

The Almanac can be downloaded for free or you can name your own price at https://payhip.com/b/Zo3X 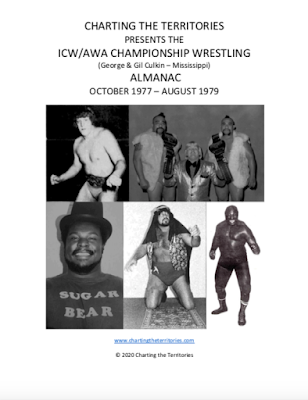 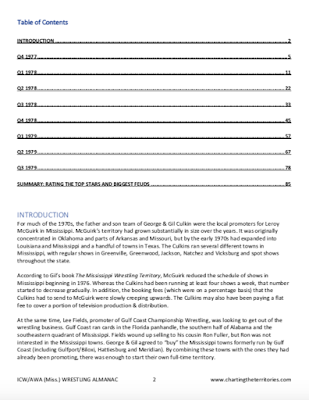 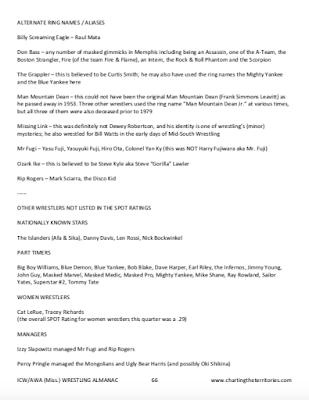 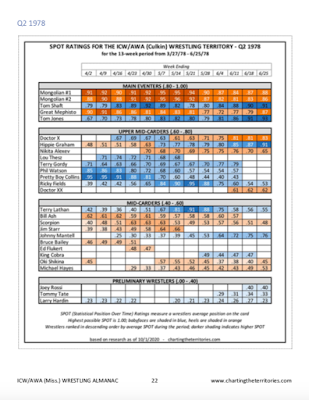 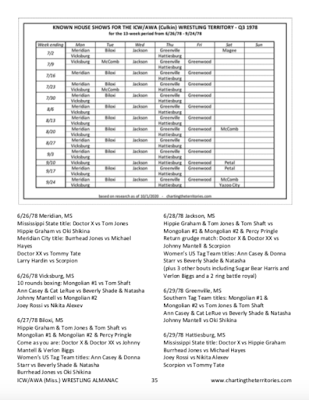