I have put together an 85-page PDF file documenting the entire run of Leroy McGuirk's Tri-State Wrestling territory from September 1979 (after the split with Watts) through March 1982 (when the territory folded).

The Tri-State Wrestling Almanac contains quarterly charts listing the talent roster and their SPOT Ratings, which serve as a depth chart so you can see who the main eventers, mid-carders, etc. were. It also has charts listing the top feuds in the territory for each quarter using our FEUD Score statistic.

Additionally, it lists alternate ring names / aliases for many of the wrestlers.

The Almanac also contains a calendar of all known house shows in the territory (almost 500) and the advertised lineups for each one.

There's a lot more, including a newspaper article about a surprising kayfabe-breaking lawsuit filed by a wrestler who had been working for McGuirk as well as a story about a "strike" by several of the wrestlers.

The Almanac can be downloaded for free or you can name your own price at https://payhip.com/b/ifIB 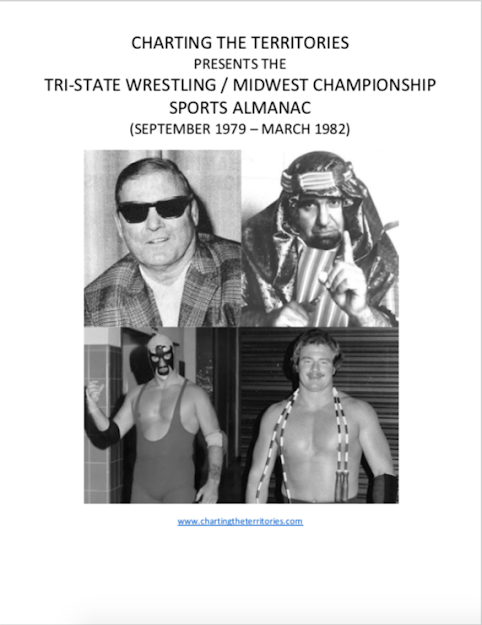 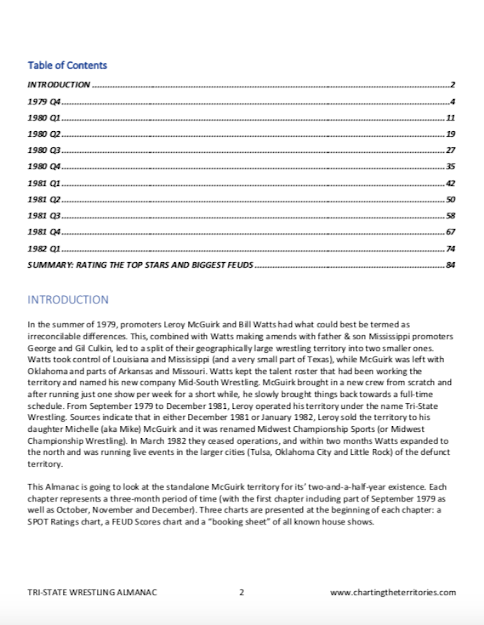 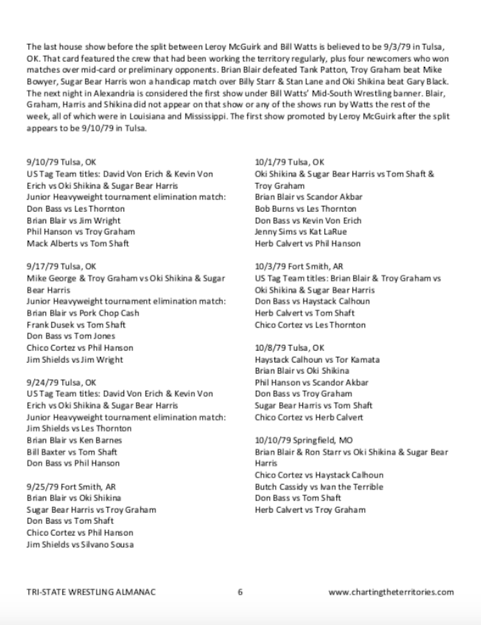 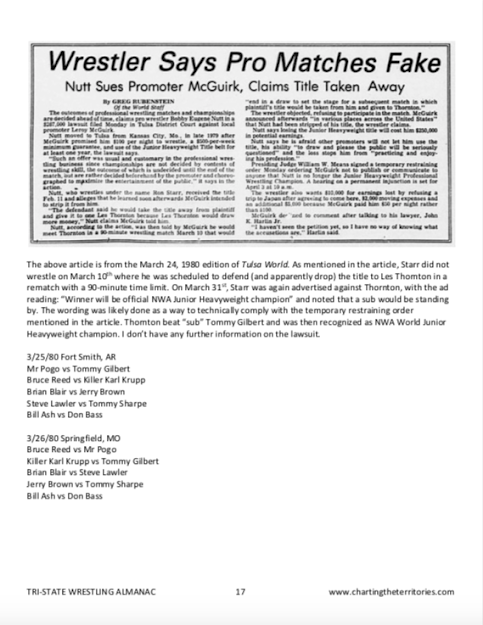 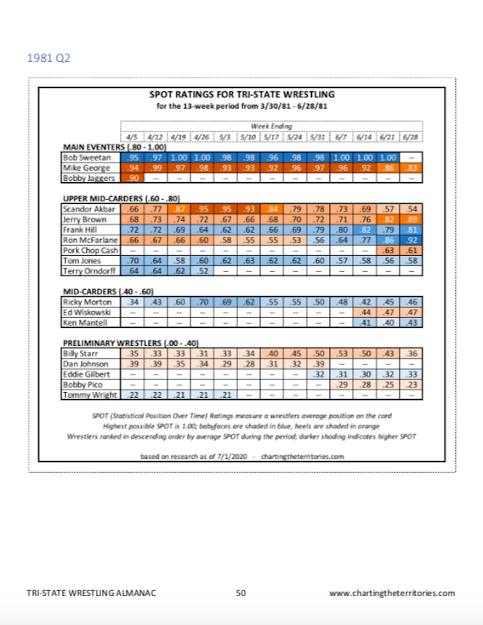