- January 01, 2020
For the week ending January 6th, 1980: JYD and the Freebirds hit main eventer status for the first time here, Watts is gunning for Mike George and his North American title & more! 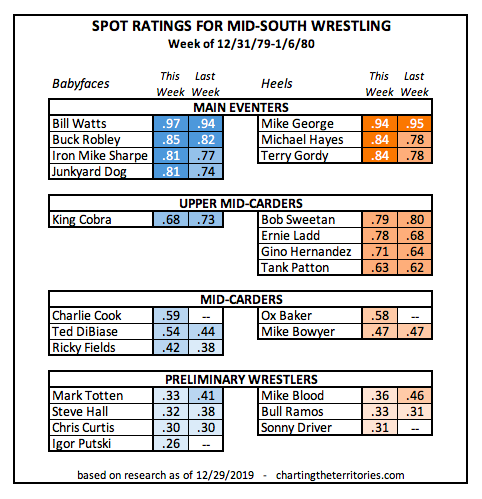 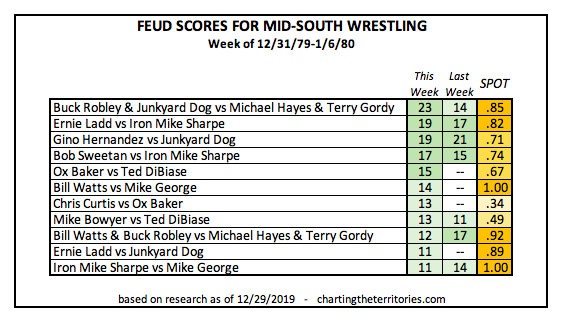 Other wrestlers advertised for shows this week but not listed in the SPOT ratings: Jake Roberts. Jake had been "injured" a couple of months earlier in a TV angle with Junkyard Dog; he made sporadic appearances after that time, then would go to Japan for a tour with IWE in February and March. He would return here as a regular in May.

Charlie Cook and Igor Putski returned to the territory after taking breaks over the holidays. Newcomers to the area were Ox Baker and Sonny Driver. Ox had been working in Georgia (while also making shots for Dick the Bruiser, St. Louis and Southeastern). Sonny had been in the AWA as recently as mid-November.

Pork Chop Cash left the territory. His name shows up on some independent shows in Mississippi later in 1980 (along with Tom Shaft, Arman Hussein and others). He next shows up working for Leroy McGuirk's Tri-State territory in mid-1981.