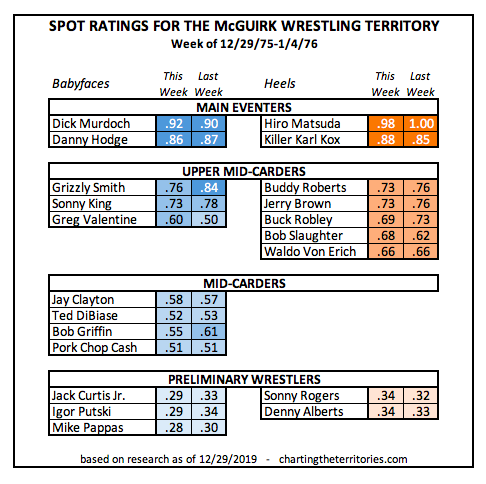 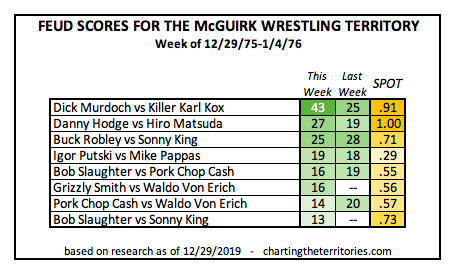 Other wrestlers advertised for shows this week but not listed in the SPOT ratings: Freddy Platte (who apparently was a young Jake Roberts), The Jackal, Jerry Miller, John Davis, Ken Mantell, Scandor Akbar and Terry Lathan. Akbar finished up a two-week stint here over the holidays and went to Georgia. Davis also finished up here, though I'm unaware of his next whereabouts.

Monday - Fort Smith, AR
-Ken Mantell vs Scandor Akbar
-Loser leaves town: Bob Slaughter vs Pork Chop Cash
-Bob Griffin & Ted DiBiase vs Buddy Roberts & Jerry Brown
-Denny Alberts vs John Davis
(based on who is about to leave the territory and who is advertised on the next show in Fort Smith, Pork Chop almost certainly lost the loser leaves town bout)