- December 23, 2019
For the week ending December 28th, 1975: Murdoch and Matsuda return, a Lights out Arabian Death match between Hodge and Akbar, Slaughter moves to the upper mid-card & more! 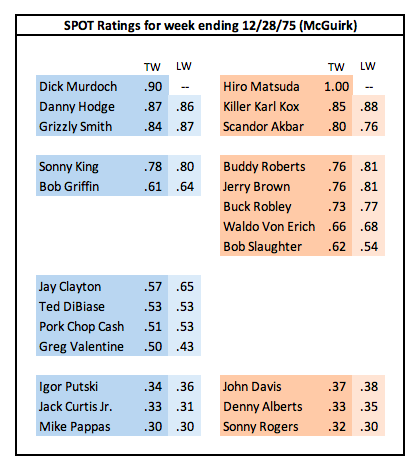 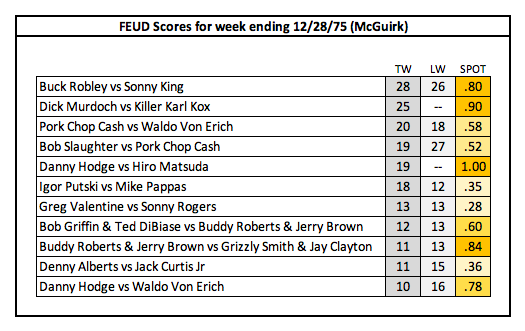 Other wrestlers advertised for shows this week but not listed in the SPOT ratings: Freddy Platte and Ken Mantell. Mantell worked a few shows here over the holidays; he had been on tour with All Japan and would go to Georgia in January.

Dick Murdoch and Hiro Matsuda return to the territory this week. Both had been in Japan on the same tour as Ken Mantell. In the case of Murdoch, I believe the storyline here was that he had been injured by Killer Karl Kox and perhaps other members of Buck Robley's heel stable. With Murdoch back on the cards, Bill Watts takes a couple of weeks off.