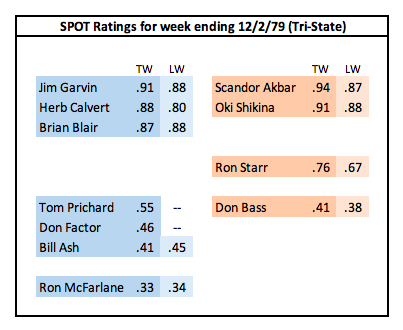 Other wrestlers advertised for shows this week but not listed in the ratings: Jim Casey, Kenny Milsap & Steve West